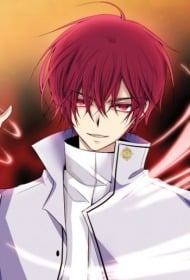 He is a psychopath who not only doesn't care about people or their lives in general but not even his own allies.  He tries to murder Rood years ago when they first met for no real reason.  Though, I do like his direct approach style and no nonesense bluntly honest and brutal rebuttal of asshole authorities that do not deserve the respect they think they do.  However even if he changes his ways some what later, the fact that hes a blood thirsty mindless psychopath just won't vanish.  It is just hard to like a character so wreckless and violent for little to know reason or selfish prideful reasons despite having exceptional gifts, skills, responsibilties, or resources.