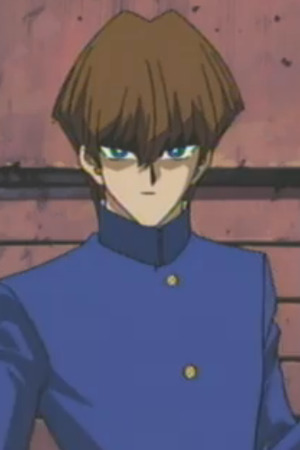 Seto Kaiba was the reigning Duel Monsters champion until he was defeated by Yugi Mutou. Now, his primary goal in life is to reclaim the title by any means necessary – and as a child billionaire and CEO of Kaiba Corporation, a powerful gaming company, Seto is able to use his influence and pocketbook to try and achieve his goal. As the head of Kaiba Corporation Seto assists in bringing several new technologies to the Duel Monsters game, including the holographic Solid Vision system and its portable version, the Duel Disk.

Seto's monstrous ego, self-centered nature, ridicule of others and prominent position have made him the enemy of many and friend of few – though he has a soft spot for his brother, Mokuba.

I really hated this guy.

Seto Kaiba has been my favorite fictional character of all time for the past 15 years, and that very fact never ceases to amaze me. He's the guy that 80% of the fandom loves, and 20% of the fandom hates (with admittedly good reasons). I don't think it's a coincidence that every Yugioh spin off series has had a Kaiba rip off that's failed to surpass the original. To quote the Abridged series, "Now do you understand why everybody loves me? Even though I'm the biggest d*ck in the entire show? It's because I'm Seto freaking Kaiba. Accept no substitutes!" Sorry not sorry.

Reasons why I love this guy:

Makes everything worth it.

Kaiba: Screw the money, I have rules! Wait...let me try that again...