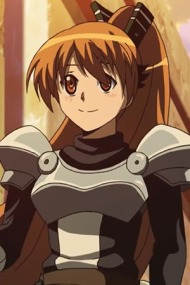 I think the way she's written is noteworthy. She is one of the better created characters in this show.

She's a great villain (especially compared to the side villains in this anime).

I think the author intentionally made her hard to like. She's blinded by her beliefs. She can do things that she hates "bad people" for and then smile and say she did a good deed. She's completely brainwashed. The fact that Night Raid killed her father (who was also a sadist, unbeknownst to her) makes her believe that they are evil people who should be removed. She will do anything to achieve her goals. Therefore it was easy to use her, which the empire did. She did not see that she was working for people who she should hate. You can say that she is really a good person, but she was just used, but it's still hard to feel sympathy for her. She's already too damaged to try and change.

Unpopular opinion, but I'm a Seryu fan boy, hate me all you want for it, heehe. The hate she gets is biased just because she took out Sheele.

I hate her so much for killing Sheele.

For Justice MY ASS, if anyone needs to die for justice it's this chick