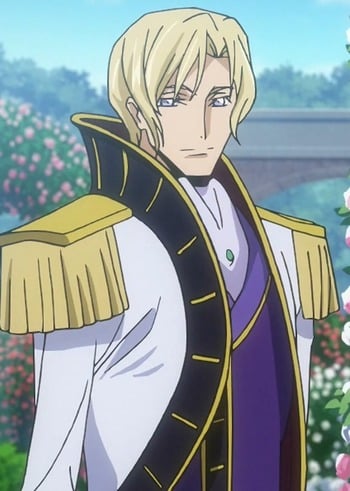 anyone who finds this guy likeable is a psychopath

@visiblewind That hides his vicious nature. He negotiates to placate other nations so he can divide, conquer and rule as he sees fit. That deal he agreed to with the Black Knights to trade Japan for Zero was made in the complete absence of the heads of the UFN.

So if I've got it right, he has little to no drive to do anything, let alone what he decided to do... But decided to do it anyway..?

Schneizel isn't that terrible of a guy. He was put in a near-horrific situation going up against Lelouch, who had the unreal power of Geass at his disposal, so he had to resort to strategy that most others would find horrific as well. He's one of the most honorable characters in the show, and obviously preferred peaceful negotiation than senseless violence. Awesome character.