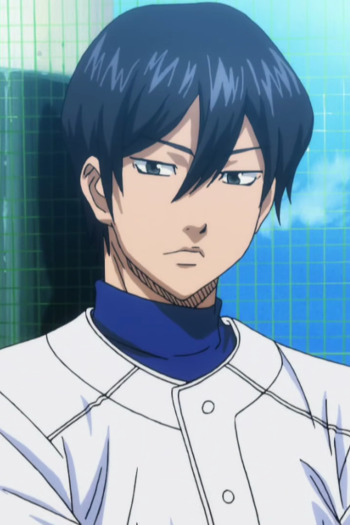 If Goro from Major was watered down and turned into the worst version imaginable of himself while also causing cancer with ever pitch thrown, he would still be a better character than Furuya. The only bad character in the show. Not bad enough to stop me from watching it, but bad enough that when he pitches or is the prominent focus it's unenjoyable.

He's so weird he makes me laugh so much.