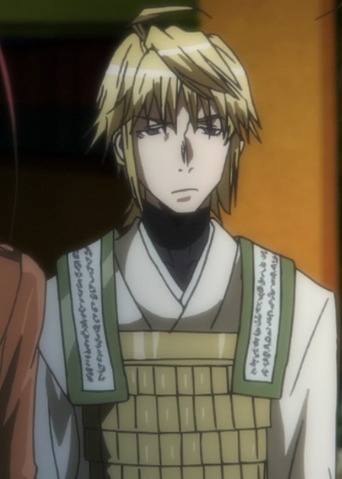 As a baby, Kouryuu Genjyo was thrown into a river by his parents and rescued by the unconventional monk, Sanzo Koumyou, who raised him like a son. When Koumyou died, Kouryuu inherited his master's title, becoming the monk Sanzo Genjyo. Years later, Sanzo is sent on a mission from the Gods to travel west to India and stop the ressurection of an evil demon king. Unlike most monks, Sanzo smokes, drinks, swears, threatening death on a regular basis to friend and foe alike. Typically wearing the traditional robes of a Sanzo priest, his trademark weapons are a paper fan (for minor annoyances) and a pistol (for those major ones).