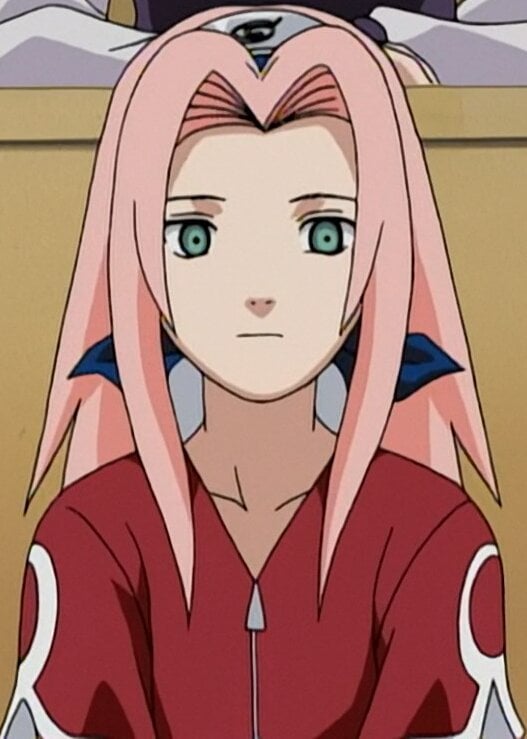 I marked her as hated because she's so useless then un-hated her because I was like I'm only 80 eps in let's give her a chance. BUT WHY TF IS THE WOMAN SUCH A BITCH TO NARUTO!?? I MEAN HE SAVED YOUR LIFE WHILE YOU WERE UNCONCIOUS AND EVEN THOUGH YOU WERE EFFING UNCONCIOUS YOU STILL INSIST THAT SASUKE MUST HAVE DONE IT. SHOULD'VE DIED IN THE EFFING SAND DUMBASS.

Early on I knew I wouldn't like her  in one of the begining episodes (and manga chapters when I read through Part I) when she mocked an orphan for being screwed up socially because he had to grow up without parents in front of the guy she was crushing hard on-another orphan-and acted surprised when the latter verbally tore into her for it.

Then of course, there is her violent nature with her constantly punching Naruto for the pettiest of things.

Her infamous 'confession' was also quite despicable and manipulative on her part, this was definitely the final nail in the coffin regarding any possible sympathy I might have had for her character.

I don't think she's as useless as everybody says, but she's still pretty useless. She's almost completely useless in combat, with the final fight with Kaguya being the exception. Occasionally her healing abilities come in handy,but the majority of the time, they aren't really needed. Her only saving grace was her importance to the main characters emotionally. That said, her personality is rather bland and irritating, so she wasn't even a likable useless character.