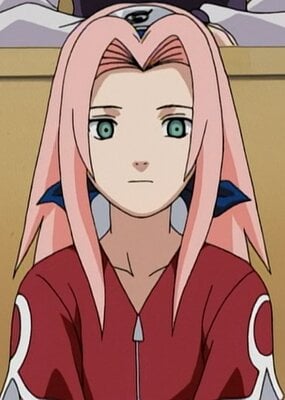 Goddamn is she annoying. I can't stand this useless bitch. All she does is hit Naruto and run around screaming about Sasuke.

Die bitch, while sasuke and naruto were training for their goals, sakura didnt do jack shit. She learned healing and became physically strong, so what? Her whole existence and goal was to get Saucekay, she is stupid, shallow, naive. When she sayd she gonna kill sasuke.... what the fuck? You want his dick. Stupid bitch. Every time she hit Naruto she just was unnecessarily violent, like who the fuck do you think you are? You're just a stupid bitch who can not use your brain and see that sauce-gay did not give a fuck about you. Naruto should have entered kurama mode, or whatever form was the strongest at the time and blast her with a tail beast bomb after she just lashed out and hit him. Die useless stupid bitch. Good thing Sausauge-kay abused you and made you suffer, even after you got his dick he left you to wander around the world hahahaha, talk about not wanting to spend time with an annoying bitch that is your wife hahahah

I know I shouldn't be surprised but people are judging her from the acts she's done when she's 12 y/o. even then, she wasn't that bad (except from ep 1-3) The part where people claim she 'manipulate' naruto was even explained by sai himself. kishimoto knew how dumb some of you are and literally EXPLAINED little by little why she'd done that. as if it wasn't clear enough that it was to save naruto from the burden she think he feels. (it obviously wasn't for some people i mean-) Even took it upon herself to dispose sasuke. (whom you claimed to be the only one she lives and breaths for).

Anyway, she can't continuosly show her power every fight scene, can she? This show isn't named Sakura, is it?

She didn't had extra add-ons like special eyes or whatever jutsu her unexistent clan had passed down. All she had were two pairs of arms, eyes, etc.. like a normal person. In a span of two years, look at her growth from naruto to shippuden. Sis really cracked the earth in the first few episodes. And it didn't happen overnight, which was the best thing.