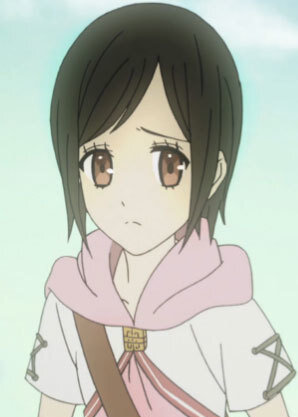 This girl she's an idiot

Come on dude, there's no need for u to hate her. i myself know that this character acts like an annoying bitch at start, but at least she has develop so much in the entire series. Not to mention, she can keep her psychic power and her mental state stable, even in the most diring and dangerous situation. That's the reason why she is the best character in SSY.

Why do people hate this girl. She was not "likable", per se, but I really respected her loyalty to her friends, her ability to think critically, and the fact that, like Maria told her, she was very strong emotionally. Usually female characters are given to us and told "hey she's a strong girl" but when she's told everything she knows is a lie her brain just goes to mush until a male character steps up to save the day. Not Saki. She keeps moving forward despite the repeated blows to her perception of the world.

She has a big heart, but she's pragmatic, and rarely is that ever balanced out in a series. Usually if someone is sensitive, they're a bag of tears and while she does cry, she gets shit done regardless. She feels quite a lot, but she rarely lets that sweep her away to her do stupid shit she has her head cut off.

I'd rather have a girl that's well put-together and fucks up the world than one that just sits there and lets another character solve her problems for her. At least she takes some initiative and follows through with her plans despite the suffering that comes along with it, which is more than I can say for hundreds of other female characters in other series.

She was not likable, indecisive and her overly emotional character makes her a terrible choice as a leader.

You would DEFINITELY be a Saki sympathizer, until she gets your family/loved ones killed.