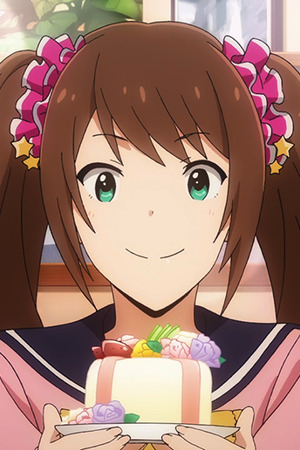 For the love of... We don't need the the newly founded SJW police here, I could care less about what Saki is, she's adorable as hell regardless.

Saki is NOT trans, he's just a crossdresser. He doesn't care what people think of his gender as, but he doesn't identify as female, he just wants to wear cute clothes and he likes girly things. https://www.project-imas.com/wiki/Saki_Mizushima

Part of why he crossdresses as an idol is because his father is against him being one and he uses it as a disguise.

I'm the mod who did SideM and I'm familar with the series. He simply hides his real gender, he doesn't believe he's actually female.

Don't do this to her. She is a trans girl. Don't list her gender as male.