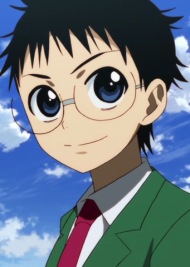 he's a complete nerdy weeb full of surprises. I love seeing him succeed and continue to surprise people

He's a fan favorite though, most people usually prefer other characters than the main, but it really isn't the case for onoda. He's relatable and a well written character. A few have called him annoying but I don't get as to why, I mean he's still learning of course he's gonna doubt himself, he doesn't have as much support to fall back on, he has to pick himself up. People are just impatient, it takes time for a character to get fully developed. It would be unrealistic for him to suddenly change.

I'm still not sure if I like or I hate him. I love his development but he's always over thinking things that it starts to get annoying.

He is my son, i love him

do ur best onoda!!