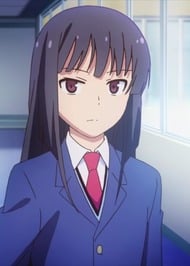 In my opinion he the only best character in this anime

Even if ryuunosuke eventually falls for rita (for some reason...) it's disturbing to me how this anime enforces the idea that a guy being afraid of women is funny. It's also disturbing how people cheered after she kissed him without his consent (he literally passed out afterwards) I guess if you were just "persistent" enough you can get someone to fall for you ! Tbh I'd enjoy this pair more if they focused more on the relationship between two "failed" geniuses rather than "lol this guy gets over his fear of women through constant sexual harassment of his love interest". (also i just realized i already commented here, but goddamn i just randomly remembered this show and wanna put this out there)