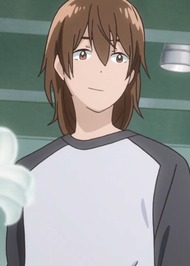 Listen, there's a lot to like about Ryoma, but I can't stand the fact that he tries to play 'neutral.' He listens to his mother deliberately state how much she hates her other son, and he still decides to move in with her. He talks to her whilst she describes how much she hates her other son, the little brother he claims to love, and misses said brother's match whilst doing so. Sometimes you have to call people out on their shit. He can clearly see that it causes his little brother pain and stress, yet he endorses her and let's her torment him.

If she hated her son so much she should've left without dragging Ryoma into it to cause the other son more pain.

No matter how you look at it, he's a pretty shit brother.