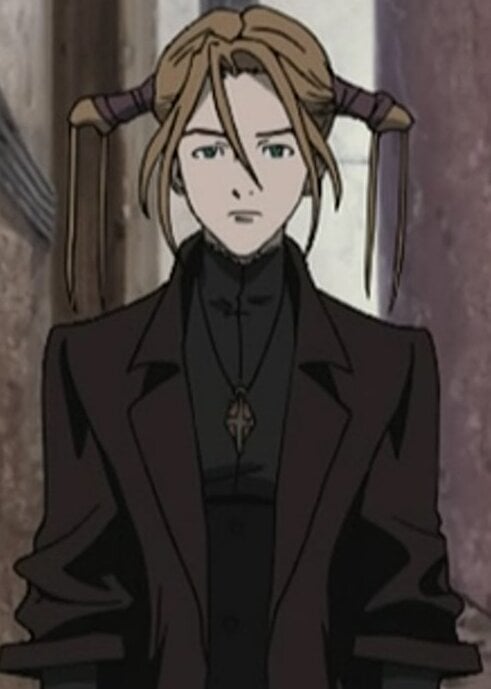 I really like her melancholic presentation and the close-lipped behaviour.

Half-Italian, half-Japanese, all craft-user.  Not unlike the premise behind Claymore, using the enemy's own powers against them...in this case, Witchcraft.

Robin Sena is the central, titular character behind the Witch Hunter Robin series.  A member of the secretive STNJ, her mission is to hunt down rogue witches that threaten humanity.  But along the way, Robin begins to discover more about herself, and that she is perhaps not all that different from the prey she hunts.

Robin is quiet and shy but intensely focused.  Throughout the series we sense that she's slowly falling in love with Amon, and this is definitely suggested by the scenes of the opening credits to each show.  I know that Kari Walhlgren voiced this character, but it's not one where I remember the character and think "Kari Walhgren" the way I do with some of her other characters (Anemonie from Eureka Seven, Pacifica from Scrapped Princess).  Kari's performance was just fine, it's just that Robin's voicing is so flat and unemotional most of the time...

Robin exudes "cool", but she would be the first to deny this.