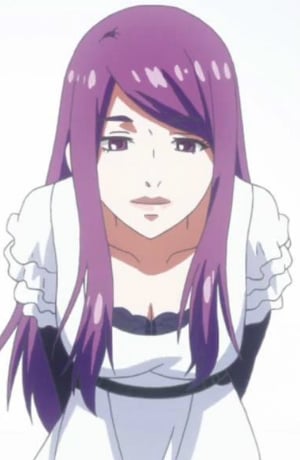 I'm not a fan of Tokyo Ghoul in my opinion it got way to much hype but one of the few reason I liked the anime was because the conversations and impact she had on the main character and with the little screen time she had I really enjoyed watching her and in my opinion is the best character in the anime.

i found her interesting in s1, and while she was a minor character, i enjoyed her villainous tendencies. she was a great starting antagonist, and even if she didnt appear very much throughout the episodes, she was still a character that i found intriguing and well-written; even if she only appeared for a few minutes at a time.

I have never once thought I can ever like her and never considered it either.  She is one of the reasons why ghouls like touka, kaneki, hinami live such hellish lives as Rize only adds to the bad reputation of ghouls.  She was never once cool or best girl in my opinon.  She hunts for fun, mercilessly killing lots of people not just for the sole purpose of survival, if she only hunts for survival then my opinion on her would be a bit more positive.

But, just because I dislike her, doesn't mean she is a badly written character.  She is actually quite a uniquely designed character, and is one part of the vast ghoul community.  I do like how they kept Rize in Kaneki's mind as she does have an impact on his mentality.  i Especially love how she is with him until the end, where she states "I hate you" for ruining my life yada yada, I don't know why but I felt like this extra thing she said made me look at her character with more depth than previously.  I still generally dislike her of course but she is a well written and complex character.