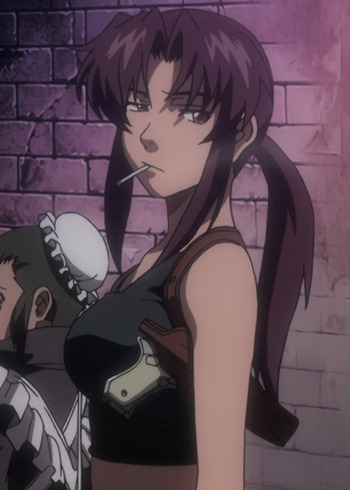 She the realest fr

bitch i said what i said this nigga aint shit lmao

referring to the comment below, its not something as simple as "deserve". its a question of whether she can overcome her 'demons' with him or not. since the show isnt romance at all and their relationship isnt the focal point of the series, its still strongly implied that she has feelings for him. revy is a traumatized woman with a shit ton of issues who has never seen peaceful world from her own eyes. meanwhile rock is someone who is from a 'different world' but is kind as fuck. i think its also a bit similar to the hansel and gretel general situatuion. benny said something along the lines of 'they couldve been able to change if someone showed them kindness before'. rock is pretty much the kindness element for her but the situation isnt as bad as for those kids.