Aka: The Blue King 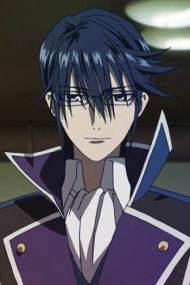 If he had only the typical characteristics that all antagonist anime leaders have, he would be generic. But it was added some unique characteristics that made him my favorite character. Besides being strong, serious and dominant, he also is a kind man, caring about his subordinates, innocent people and even his rival. He praised Awashima a little too much, which makes me think he has an attraction for her, and he is not afraid of showing it. A serious and badass male character who has feelings instead of treating woman like shit? That's new. Also, blue hair + glass combination. 10/10 would date.