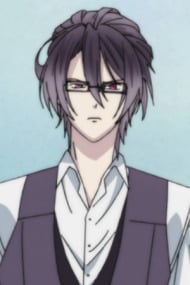 He's such a sadistic jerk!

In the anime he's pretty much just a dick but in the visual novels he can be pretty soft and cute with Yui. He also does seem to care for his brothers. He cooks for them, knows their favorite foods and goes out of his way to make it for them and I think he even gives them birthday presents. He never gets any appreciation from them and still does it year after year. At first yeah he's horrible to Yui but when he starts to care for her he's actually pretty cute with her. He also even cares for Shu to an extent. He resents him, sure, but he's willing to reconcile with him in one ending and when he insults him he's not doing it to hurt him, he's doing it to try to encourage him to be productive and mature. That all doesn't justify what he does to Yui but I wanted to shed some light on his more positive traits and actions :)