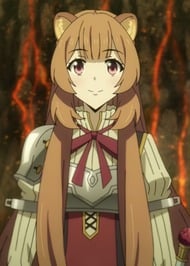 If you hate Raphtalia, then you also obviously hate 'The Rising of The Shield Hero' in general, because she is one of the major qualities that helps make the entire series unique and special and helps to build it. Without her and Naofumi, there isn't any TRotSH. If you hate her, then you're obviously triggered, and should move onto a different anime that fits your agenda or beliefs, because Raphtalia is one of the drives to this one.

A character like her is definitely of the driving forces for the show and the manga. She's a character who defines finally being free and defines positive empowerment for females.  Also, someone who doesn't stand for cancel culture and lives to defend the one she loves (that being Naofumi). I might be a male, and it might be weird for a male to say this, but Raphtalia is one of the greatest anime characters of all time. You see a girl, who lived a cripping childhood growing up, who watched her parents killed and became a slave; grow up into a woman and a fighter that wants to do better for others and put others first before herself. Sure, her mind may also act childish, especially with certain lines like "No, Master Naofumi!... We can't kiss! I'll end up being pregnant!...", but people forget that cute childish nature is in her because of the childhood that was stolen from her. She had never experienced what the world around her was like, and thus never experienced freedom until now. Naofumi helped to give her that freedom by taking her in as his own. He had even showed her the kindness and love she needed for herself... In return, she weilds the sword to fight for Naofumi, and for the lives of others. Naofumi may have bought a little girl who was meant to be a slave, but he helped to train a woman to discover she is free and strong and is willing to do what is right. And that shows true love, and true admiration for Naofumi and herself. She has learned to be a more confident character.

For waifu tier lists, Raphtalia would definitely need to be up there in the top 5. She is an amazing and well developed character that you respect more and more each time you see her in the anime and manga. Raphtalia defines what it takes to make an amazing character. And like I said, if you don't like her or see any of those qualities, do yourself a favor, and move on from 'TRotSH'. Raphtalia shall always be one of the most beautiful characters of all time, inside and outside!

I don't hate her, but I don't really like her either