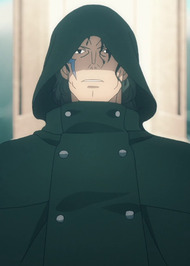 He was definitely one of the strongest and toughest villains in this whole franchise.

Though a somewhat interesting character, he suffers from the same issue as the rest of the other SAO antagonists and it's that they don't really have anything beyond "creepy guys". Aside from Kayaba who could be argued that he's more of an anti-hero, or grey side of villainy or maybe just a grey character overall, they all tend to be psychos or sociopathic freaks preying on underage girls.

PoH has an interesting backstory, but quite frankly, he was also annoying in Alicization: War of the Underworld. In fact, he's what stopped me from fully liking it. Sure, the incarnation system allows one to become more powerful, but he was stupidly powerful that it was quite annoying.

Overall a decent villain at best.