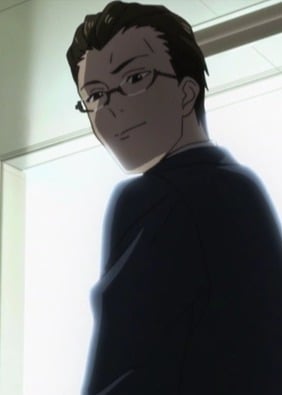 This guy i dont give a shit wheter he tried killing kirito or not but see he touched the only godess I love and workship if i were in kirito's place this guy would have been long dead by now but no this son of a bitch motherfucker just has to fuck up and live.

this guy the one scum I hate that everytime I see his fucking ugly face I feel like torturing him like cutting the tongue he used to lick my godess . Then i will take remove every freaking nail,then make him bald by just plugging his hair and I wont let him fell unconcious i swear, Then gouge out his one eye not both cause I want him to feel and see everything, Then slowly i will cut his fingers into million pices, Then i will take a 1000 degree temp rod and make it go inside him then slowly break his disgusting face, then comes his arrogant attitude that will be broke into fuking trillions of pieces, I have not seen his family but if it would have been full of scums and bitches that talk down to my godess asuna then they will receive the same fucking amount of pain but none of them will die thats my promise. No matter who the scum or bitches they are even if its kirito even if its little suffering to my godess they will feel pain.

PS: I am not weird but seriously maybe I am lovestruck for asuna or something like that so i act this way actually I wanted to curse that bastard son of a bitch he really disgusted me to my fucking core which ruined my first season of SAO.

I. HATE. THIS. GUY! This asshole really disgusts me, he nearly killed Kirito, sexually assaulted Asuna. This guy should get his ass beaten to a bloody pulp.

I don't usualluy judge people based on their favorite characters... but if you like him.. please stay away from me.