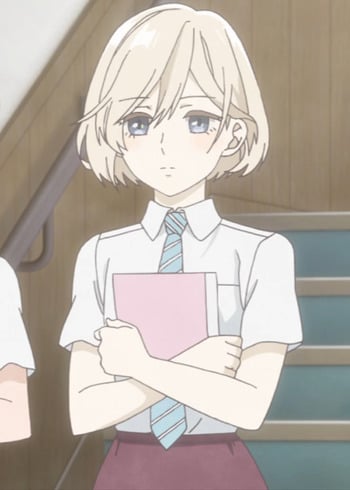 What can I say. She is a whore, and that's it. There is not much logic in this.

I dont even know how to like her at this point, She was a good character untill the shit happened, Why did she do those seriously for that old man really? So that you dont get called uninteresting?

She was a good character until she did what the pedo guy wanted and decided she'd try to convince her best friend's boyfriend to cheat on her best friend with him. She didn't deserve to be forgiven, she used to get mad because everyone was suspicious of her taking their boyfriends but she tries to take the boyfriend of the girl who trusts her. I don't see why anyone would like such a character, she was interesting at first she's only memorable to me because she ruined the show for me at the end.

Hmm..she fit with fox character-story-book, but there are this an innocent feeling from her.