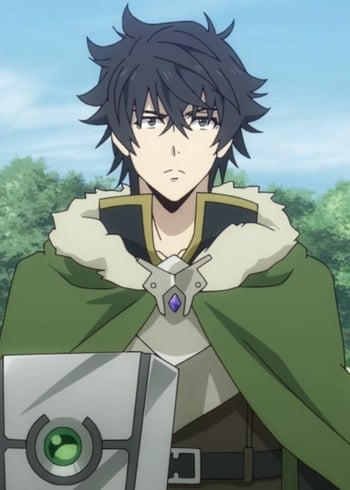 Honestly, his assholery is one of the best part of the series and saved it from becoming absolute trash more than once.

One of my favorite protagonists, and outstanding progression throughout the series

At the beginning a pretty simple teenager

In the course of the plot he developed really interesting. Devoured by treachery, he was only filled with hate.

From this person, a mature and grown man developed. He is also very personable.

Very relatable-especially in the original Web Novel where his cynicism and contempt for those who wronged isn't toned down to appeal more to mainstream audiences, especially since he feels more realistic for being the victim such an enormous betrayal and mistreatment.

Sill even in the anime adaptation he's a refreshing change of pace from the typical obnoxious, loud-mouthed, idealistic idiot shounen-esque protagonist.

Nor is he without more traditional heroic qualities, since he genuinely cares about his party members and treats them well.

he is may have some flaws but i still like him