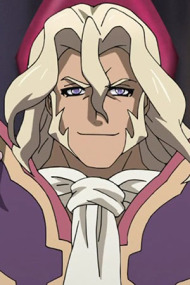 I don't hate all bad guys but a bad guy that has no sense of loyalty, relationships, or connections with others will never be a good, nor a tough bad guy because he or she will make it nearly impossible to have an empire that lasts or any henchmen or allies they can trust or depend on to help out and that makes them weak.  He is just too focused strictly on profit that he goes to any lengths to get money and makes more enemies than allies which is not something a smart bad guy would do.  There is absolutely no doubt about him being evil and worthless either given the irresponsible and careless lengths he goes to.  It makes his character in a way too simple and something no one could ever genuinely identify with.  There is nothing complex about his evil nature or motivations.  He is a simple evil character without any drama or back story that would ever make a moral or ethical person have a  shred of doubt about him being nothing but evil.