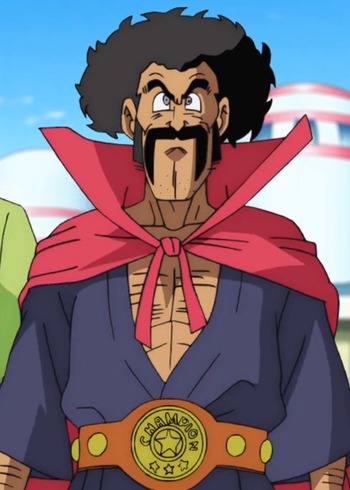 He's may be annoying, but he's an amazing father and grandfather, so I'm okay with him :)

I wanted him to get exposed so badly, but then I stopped caring once he became apart of the family.

@Evilica: "Such a serious show."

We...we are talking about the same Dragon Ball, aren't we?

I really like this character and his development in the Buu Saga - he's like the Mr. T of the DB universe but he finds himself in way over his head against fighters with more power than he has. I hate howf some people, even in offical DB stuff, exaggerate his character into being a total coward and a fraud who takes credit for stuff he didn't do and never really does anything himself, since he was much more than that in the original series.