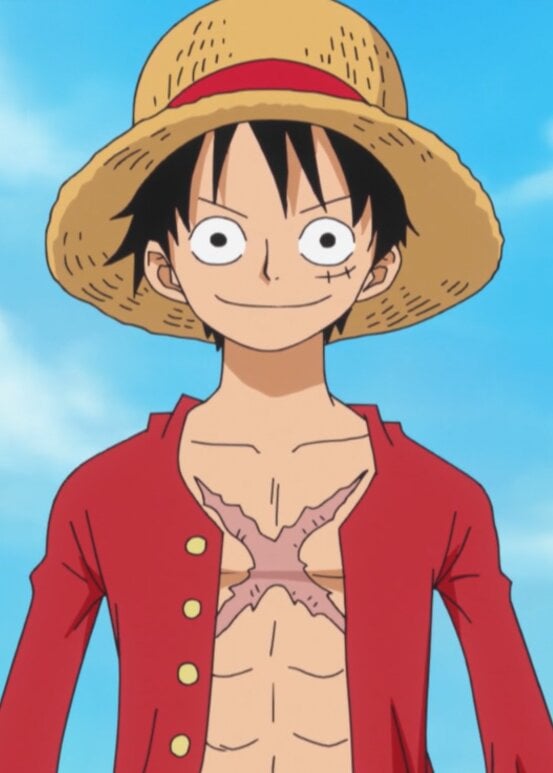 Since his encounter with Shanks as a child, Luffy has dreamed of finding the lost treasure of the infamous Gol D. Roger, One Piece, and become the king of the pirates. Having gained the power of the Gum-Gum devil fruit, Luffy is a rubber-man capable of stretching every part of his body as he sees fit, which with his humungous appetite is just as well! He is a bit dense at times, but is incredibly loyal to both his friends and those who have been kind to him. His eternal optimism, luck and knack for inspiring those around him prove invaluable resources on his quest to conquer the most treacherous ocean in the world: The Grand Line.

Luffy's Smiles is my Biggest reason for addicting to One Piece. :D

Puffy is probably one of my favorite characters in the show. He comes off as someone who’s clueless and not fit to be a captain or main character but don’t let that fool you. His determination and compassion is something that will always have you on the edge of your seat feeling for him and loving him. He’s to kind hearted of a soul to be born into this pirate life but man does he have a strong impact on everyone he meets.

When I first "met" Luffy I thought he was a cookie cutter character -- a typical happy go lucky airhead type, probably born that way. I thought he was funny and uplifting, though his antics can get grating sometimes (all right, all right, we get it, author). I stuck it out and am now more than 600 episodes in. During that time I've seen how much the character (along with the rest of his crew) has grown, and have gotten some insight into what his personality, world-view, and upbringing were like.

The Luffy you meet during the first episodes is very different from Luffy as a child -- temperamental, cynical, (a loud debbie downer) but still clumsy and prone to getting into trouble. The Luffy we meet has been on his way to developing a more resilient personality that he will need to handle adversity, and develop even further later in the series.

As much as I enjoy the character, if he gets on your nerves I wouldn't recommend watching the series. There are other very different, wonderful main characters, but you're not going to be under-exposed to Luffy and the series is very long.