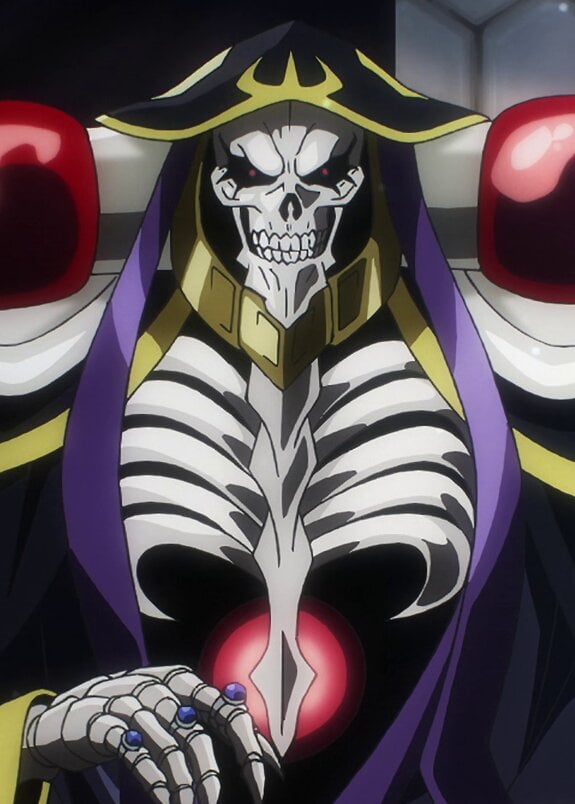 a character very well done and too smart, that happens for being so long in an online game. another of kirito's relatives

He's an awesome character at first but then the show implies he's so weak willed that his existence is vanishing in favor of the NPC default character that lies within this game like world were he not to appear at all.  In a sense this heavy sensation eluded to within the show pretty much undermines the plot/main character arc altogether because at the same time, I've seen nothing convincing yet that he has the willpower or capacity to resist his will/mind/ or soul or whatever being overwritten by the real game version of his character instead of the isekai real world person he's supposed to be.

at the 666 place as it should be lol. On a side note I really like the fact that he is a skeleton (so no genital or sumn) just smash down any type of child-birthing stratagems Albedo tries to pull on him. That makes me crack every.single.time.  Not your typical good protagonist if his aspect doesn't show it enough. Be ready for the dark humor.