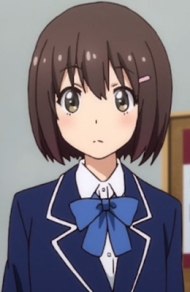 Surprised that there are people that hate her lol. But then again I'm late this and the coments were at the time the anime was released. I'm caught up with the manga (still ongoing btw) and I guess the anime did her pretty dirty with making Imari a "will she won't she be a rival" thing going on, it creates unecessary tension. (A lot of other aspects too, but I guess I'll let it pass since this is an old anime, it's just that the anime gives a more different vibe and definition) In the manga, they're more of friends than rivals even in the earlier parts. I guess her jealousy can be pretty justified as she is in the age of adolescenes not to mention that Uchimaki is most likely her first love so these things are still new to her. I wouldn't call her insensitive it's just she can get a bit too a head of herself sometimes. She is not your normal tsundere, I guess I can say she's pretty realistic? I guess the whole interactions and relationships in the manga are tbh. Too bad the author is just dropping hints of Uchimaki possibly reciprocating rather than big progress (please go to reiwa era writing Imigi muru-sensei) still development nonetheless. She does get a bit of a development being more open(? is that the word to describe it?) and more confident when it comes to her relationship with Uchimaki and the others.  Slowburn is hella real though.

Lmao somebody make more fanfics please and read the manga while you're at it.🛐

How is it that, a third of the way through the series, the female lead is the worst female character in the entire show so far?

She looks just like Monthly Nozaki's Chiyo Sakura who loves Nozaki(here Subaru)being insensitive to other people's felling. and both of them, belong to The Art Club. Above all, Voice Actor is same.