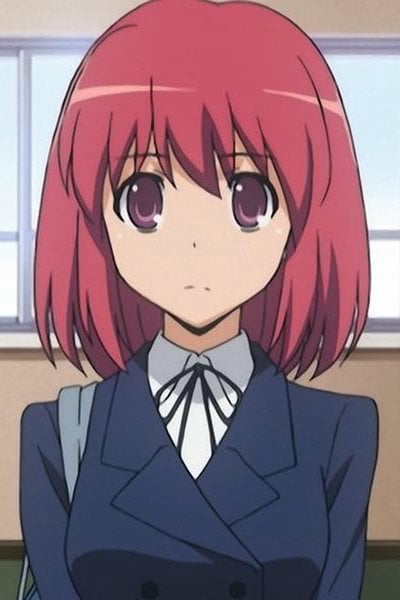 While the notion of Minori being bipolar is evident and reasonable, I personally feel it can be detrimental to diagnose fictional characters. It may appear to some people their issues are being down-played or invalidated when characters are flippantly labeled, especially if the viewer doing so lacks a degree in psychology. Nevertheless, the fact this speculation can be realistically made supports the claim Minori is a lifelike and complex character compared to most. Stating she is bipolar as a fact is excessive and assumption-based, but the personal, well-reasoned belief she may be bipolar is entirely worth hearing out.

Regardless if you hate or love her, Toradora wouldn't have been the same if she wasn't in it.

this character is the embodyment of (true) bipolar disorder (hyper/hypomanic) at first it's easy to write her off as an annoying girl but I noticed that she increasingly said more and more strange/dark things to illicit some kind of reaction out of people - I don't know if she was written this way on purpose but given some of the other subjects covered in this show, it doesn't seem out of the realms of possibility.

another thing I dislike about her is that she doesn't respect her supposed best friend, 1 minute she's lamenting how she didn't want to see her friend getting her heart broken by her dad again and the next minute she's trying to use her as a good luck charm despite knowing how much it bothers her and the "luckyman" race she jumped in on for no other reason than to make it about her instead of her friend who had just won the beauty pageant.

I know there are people commenting on her who dislike her "but don't know why" and those who like her and can't understand why people hate her but I think the difference lies in with some people just seeing her as hyperactive whereas the others have known someone like this and been affected by the tornado of destruction they always leave behind them and subconsciously see it with this character.

so she was either a very well written mentally ill, sociopathic character or a very badly written airhead character. I think it's the former given how she gravitates to other damaged characters (tsundere girl with daddy issues, a guy with a drunk mother + daddy issues and a girl with an eating disorder + self esteem issues)