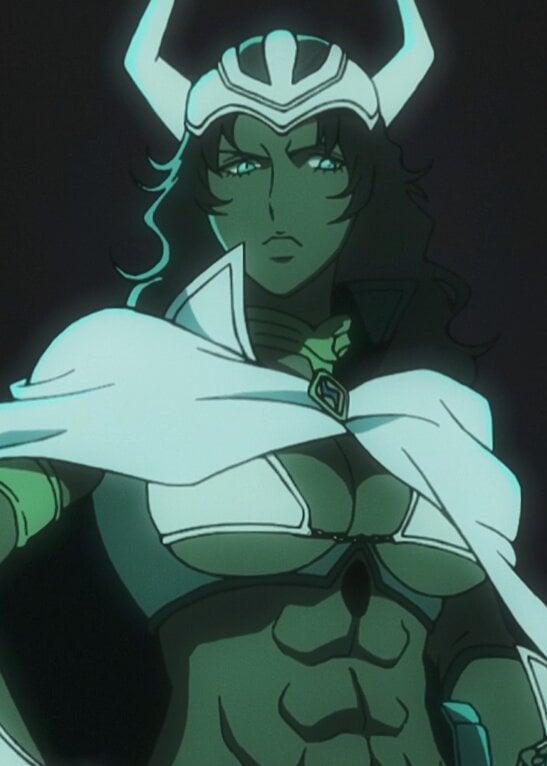 She, Apache and Sung-Sun were the only Fraccion worth anything in the series.

Grimmjow's were a joke, Barragan were hardly better (aside from Poww, who defeated Ikkaku solely because the later is a moron, and maybe Charlotte who actually pulled a good fight against an enemy who wasn't holding back), Lilynette is adorable and also doesn't count...Yami had a pet, Szayel had emergency food supplies and Nnoitra had a Sub.

The three together, with their summoned abomination Ayon (which is one of the coolest monsters in the series), trounced several Lieutenants (if that doesn't seem impressive, remember that one of Barragan's Fraccion was defeated by freakin' Omaeda, Butt-monkey Lieutenant of Soifon).

More, they managed to gain the respect of Yamamoto "Captain Genocide" Genryuusai, by attacking him head on with only one arm - all the while knowing they would be killed, because they thought their deaths would make the battle personal for their Mistress Harribel, who doesn't like needless violence and was merely toying with her opponent.

I'll say it again: they earned the respect of the freaking Head Captain. That alone makes them great.

Their hilarious interactions (and, in Mila-Rose's case, her glorious amazonian beauty) are the cherry on top.