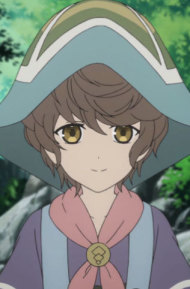 For the entire camping trip and shortly after, I thought he was a girl... I got very confused later when it was apparently male all along.

Mamoru is so adorableee, but anyways, can you guys really judge him for being as fragile as he is? Isn't it realistic to feel fear and overwhelming anxiety when fearing death, when fearing truth. The saying ignorance is bliss is true and this anime depicts that. For example, would you want to know the day your going to die or would it be better to just be ignorant for your mentality?

It is sad to say but this is sort of Mamoru's fault not to say he is a bad character or anything...but idk how to explain without throwing spoilers so...that is all I can say

He literally cries whenever a problem comes around and he's like "I CANT DO IT! WAAAAAAAA!" It proves that nothing has changed since the camping trip they had.