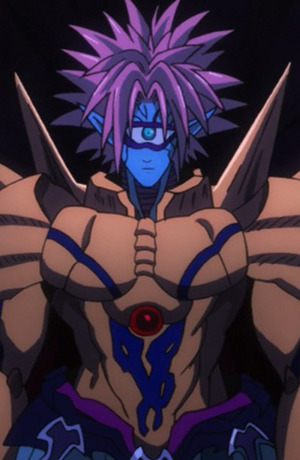 He was so desperate for a good battle, he started destroying everything in hope of drawing a powerful fighter to face him.

He dropped everything to take a 20-years-long (IIRC) journey to Earth, because someone told him there should be someone there to give him a great battle.

He was THAT desperate.

Makes one wonder if he could have become a hero alongside Saitama if their battles hadn't ended with his death...

(Do we mention that his loss against Saitama is purely bad luck, as if he'd thrown him anywhere but on the moon he would have suffocated long before finding solid footing to make the return trip?)

He's not evil at all. He has a sportsman's attitude. :D

So far the only character to have made Saitama exert maybe a quarter of his full strength...maybe.