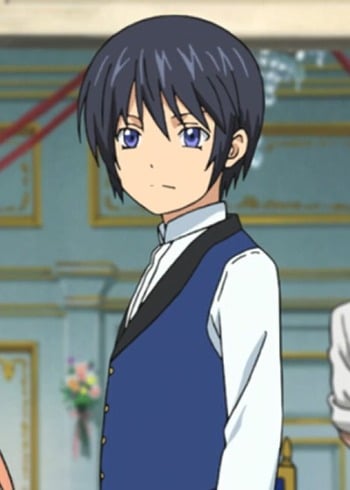 For people who are wondering about his age: He is 15 in both the anime and the manga, though some sites will list him as 12. When I was reading the manga, a translator noted that the mangaka messed up after they listed him as 15 and accidentely called him 12 later.

He's so cute, but he's little scary when he gets furious.

But I love him anyway and this anime.

Livius <3 you are so lovely. Kiss