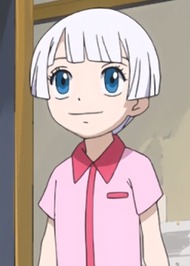 Looking at the comments I see validity in point boths of why they like and/or dislike Lisanna. I lean towards dislike, but it's NOT for malicious reasons, nor because of "shipping wars", I dislike the situation of her "resurrection" so to speak. Her death was a major catalyst of character development for her siblings and SHOULD have been the same for Natsu.

I read somewhere that Hiro Mashima only brought her back because a friend/editor asked him to. And I wish certain Mangaka showed more backbone ,and told their editors "No".

Lisanna's death could have served as an emotional/mental barrier that prevents him from acting on his feelings for Lucy!  That's how I would have written it! He's lost the first love of his life and he's terrified of history repeating itself so he keep's Lucy at arms length!

Perhaps, while spending time with Lucy ,he's plagued by guilt hallucinations of Lisanna 'haunting' him and a pivotal advancement for his and Lucy 's relationship is him overcoming that grief /guilt and moving on.  The same thing could have been done if Mirajane was his main LI instead of Lucy. Hell, I would have even been fine with Lisanna doing a Face-Heel Turn and becoming embittered with Jealousy over Lucy 'taking her man" like is certain fanfictios. I know that would be completely OOC but you have to admit THAT would have been more interesting than her fading into the background  like she did.  I know this is all wishful thinking because most anime can't have characters develop romantic relationships like regular people ,but maybe in the near future we'll get a new series that's a breath of fresh air and breaks this tradition.

Bro i absolutely LOVE Nalu but them Nalu fans need to shut the fuck up and leave my girl Lisanna alone, she's not in the way of Nalu AT ALL. Wtf are y'all on💀

@Bluuuueberry lmao i thought that too xD

i just realized that her name wasn't Lasagna