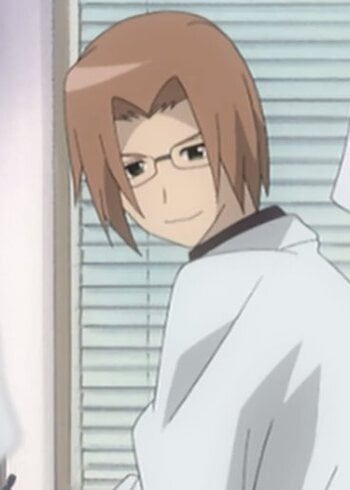 at least he isnt like other pedos and doesnt force himself upon her, but states that he's gonna wait until legal age to do anything and until then will watch from afar, which is creepy, but he's dealing with his attraction in a very respectable way

If they did not turn his mental condition into comic relief for no logical reason, I would have liked him.

Interesting depiction of a pedophile in that he's not a total villain and he doesn't follow the "Pedo = Child Molester" notion like most pedo characters - he states outright that he'd only ever ask Satoko to marry him once she was of legal age, and he clearly hates the idea of a child like her getting abused sexually as well as physically and emotionally. He's got an attraction to children, but he's smart, mature and decent enough to know there are boundaries and set them accordingly.

I also really wish his backstory was present in the anime, as it's pretty intriguing too.

kind of creepy but he’s a good guy that helps people.

I kept waiting for this creepy-ass dude to get hit with a semi-truck or get stabbed or something, but sadly it never freaking happened.