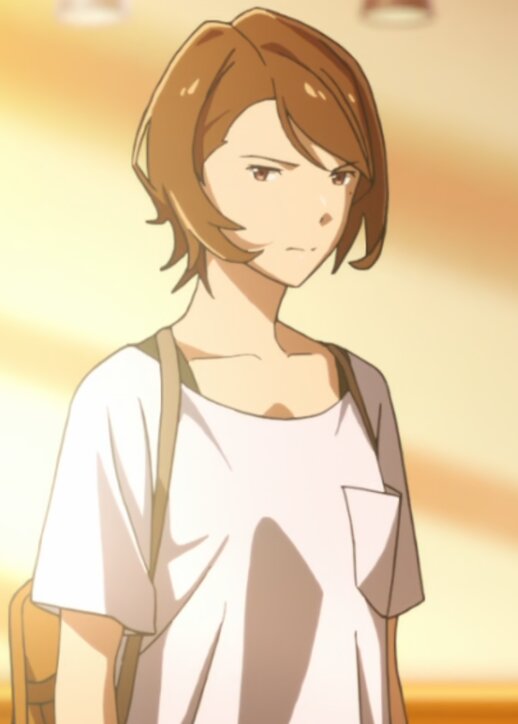 She overreacted when she first saw Sakura hang out with Haruki.  But I do still love her.  I personally would have also acted like how she did if I found out someone was concealing the fact that my friend would die, and that she also hid the fact.  I couldn't be angry at Sakura becuse she was dead and going through a harsh time already, so me, as the friend's point of view, would shift the blame on Haruki.

wait so she going to date that gum guy?

Dude, I've never liked her since the first time I saw her in the movie. She gave off major bitch vibes, and turns out she is lol.

She resorts to violence easily, and is just the type of character that's not my cup of tea. Yeah, she's worried for her best friend but that doesn't excuse how violent and aggressive she gets with the Haruki; also since he never did ANYTHING wrong to her best friend that she even knows of.

When Haruki gave her that book and she lashed out at him for not telling her whatsoever, she has a point. But they were very weak. In all honesty, who would want to tell someone who would kick your ass for even breathing. Also other reasons as well but i'm too lazy to write about it.

Still hate her after the mini scene after the credit scene. She can honestly go fuck herself.