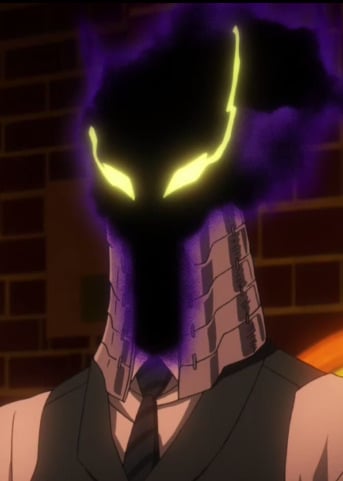 people who don't like him haven't read the manga

Initially, I watched the show up to the ep where Shigaraki was attacked by Stain.

At that time, and before reading the manga soon after, it was my belief that Kurogiri was hired to deal with Shigaraki's crap and report back to AFO and that was it.

Said belief tied to fact that he didn't seem to care when Shigaraki was bleeding out on the hide-out floor after being shot multiple times.

Then I read the manga.

I began to see him as a person who was yes, assigned to this kid but grew to care for him.

Villain or not, he genuinely cares for Shigaraki and wants him to achieve his dream.This realization did not include what we know of his past as of recent which also solidifies this belief.

Now for Kurogiri in BNHA SMASH.

With that being said. Him waking up at 3am in his polka dot pjs to listen to Shigaraki excitedly go off about he will flex his game skills to the new league members.Him roasting Shigaraki on a few occasions and letting the league decorate him with ridiculous attire when playing the kings game with them...All soooo appreciated.I cannot wait to see more of him.I hope they don't diminish who he is now for who he was before and let us see more of this caring side of his towards the people he know cares for in front of the heroes.

Sidenote, I too care for Shigaraki.

He wish he had a more significant role.

lowkey.. no highkey want this mans to die cause he keeps getting in the way ugh