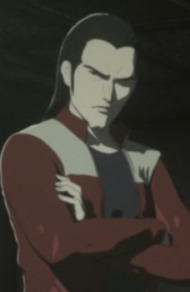 I just don't get it why people hate him so much.
I really want to tell you, readers, why I like him, but I can't. I don't want to blow up people who haven't watched the anime's bubbles.

SPOILER ALERT! READ FURTHER AT YOUR OWN RISK.

[SPOILER=The reason I like him]I Like him because he's loyal to Satou-han, maybe it's because he don't have anything better to do. But still, he didn't leave his partner. The scene where he played a game with Satou-han as the second player is a pleasure to watch.[/SPOILER]