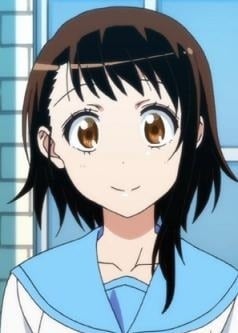 She is my First Wifu. I love her. Even if it's side chracters I will always love her. She is the best girl. I seriously cried when I get to know that she was regected at the end of manga but I accept it cause she accepted it😭.

I don't hate or like Kosaki Onodera, sometimes I just feel like she's annoying. But the thing is, this character has no "character development". Like seriously 😳 She just keep her mouth shut, smh 🤦🏻‍♀️

She's so cute and adorable

I do not understand how she managed to stay in first place in the popularity ranking in Japan for so long, she is nothing but a free Waifu material.

The funny thing about this character is that the manga author had no plans for Kosaki to be such a "relevant" character. It is obvious that the author made it clear that Kosaki was "one more character" in the manga, but the fans preferred Kosaki than the other girls... and when the anime came out and Kosaki was played by Kana Hanazawa the difference was even greater.

Kosaki has many great points, she is kind, delicate and with a good heart... besides being shy and modest. But it is clear that Nisekoi was never the story for her. It is as if the author never knew how well received his character would be, if he had probably known that Kosaki was a HIT, then the story would have been different.

I also have to say that the author of Nisekoi is very good at creating interactions between the characters and he is capable of create different types of personalities for each character, but clearly the development of his characters is really poor.