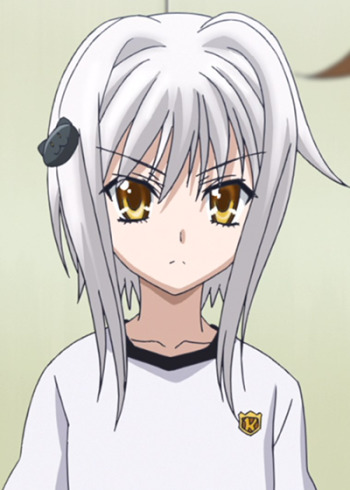 sadly me being a legal loli lover. 10/10 would fap again

Hands down the best girl out of all of em.

My god, I can't stand Koneko. She's little and unattractive to be with. I don't know why people like her so much. She looks like a fucking 8-year old child. Yuck!

Yet another bloody stoic character. She only exists to be a mascot to Lolicon fans. I hate this bland and abusive loli character so much. she is just an overly cliched emotionless loli character.

Her personality is just being an egotistical loli that beat the living crap out of the main character just for saying perverted things. Koneko's is so abusive toward Issei, her Pervert Revenge Mode toward him get annoying, and is always so mean to him.

Not that I actually give a shit about Issei at all.