how can anyone hate him? :o 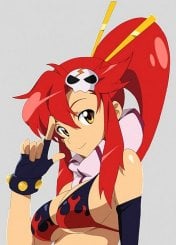 Saying SAO has an amazing story is somewhat of a hyperbole. Its overall premise is an interesting concept, but SAO does very little to take advantage of the "death game". Sure we've got nameless characters dying left and right, but why do we care? Kirito-sama is the main character so he can't ever lose/die, and don't forget his shoe-horned romantic interest Asuna-sama. I was never too attached to any of the character since: A. We very rarely saw them like Cline or B. They were the main characters, and therefore they had really thick plot armor.

People act like SAO is the second coming of Jesus, and I'm not saying it's an outright abomination of an anime since I really enjoyed episodes 1-12, but it's definitely got a lot of problems, such as ALO being the point where the writing really goes downhill, which a lot of people seem to gloss over when they ride the SAO hype train.

Sao is good. Face it.

There is a reason why so many people like it. it has an amazing story, some quite good and realistic characters and the battle scenes are top notch too. and don't forget about the emotional parts, which also fit in quite well. still like any other anime it has some bad parts too since no anime is perfect, but overall it is a very enjoyable anime that definetely doesnt deserve the hate it sometimes gets.

I know people just call it overrated, because its fan-community grew a whole lot recently and apparently some people dislike beeing "mainstream" and hate on it for no particular reason. I don't don't see the point anyway, why people care about that whole mainstream thing, when they are watching anime, which is already far from mainstraim in most countries.

So haters spare your hate. No one forces you neither to enjoy that anime not than to even watch it. So stop messing with the people, who like it and go watching the anime you think are great.

Btw I have to agree with airbornefilip, Kirito is a straightforward character and I like it. Can't stand  watching too many character, that can't make up their mind about what to do next 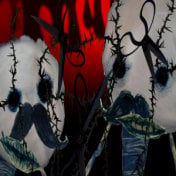 Let Airbornefilip be an example of the kind of person who likes SAO.