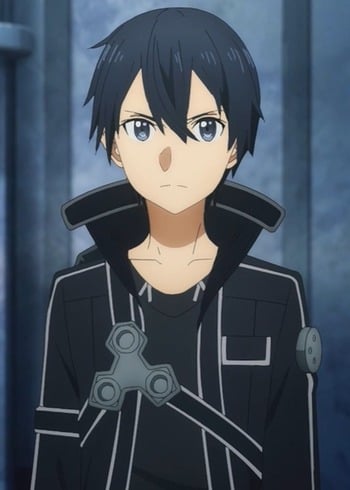 I really don't get the hate for Kirito at all. He's not  a Gary Stu and he's not overpowered. That just seems to be a fan conspiracy theory. He can be annoying, I will say that and he can be a brat, but he was very well developed and carried the story to a really good pace. He's a well written character. It's sad to see so much hate for him..

He's not that bad

I would argue Kirito is not as overpowered as viewers believe him to be, albeit he is certainly overpowered. Somebody has to be at the top, and somebody has to be the most powerful; he simply happened to be this person. He beta-tested Sword Art Online and invested the majority of his time into gaming, so he had an advantage from the beginning.

Nevertheless, there are several characters in the series he was unable to overpower. For example, he was able to weaken Quinella, but he needed Eugeo and Chudelkin's assistance to defeat her. He was never able to surpass Yuuki, and Asuna's power level is relatively equal to his. He would have died by Kuradeel's hands without Asuna's aid, and he could not save Sachi or the other members of the Moonlit Black Cats. Most crucially, if one pays close attention to the body language and emotional nuances of the final battle in Aincrad, it will be evident Kayaba allowed Kirito to beat him out of pity.

Everybody has a breaking point, and Kirito reached his after the battle against Quinella. I believe his incapacitation was necessary to humanize his character; among other flaws, Kirito was very unrealistic from the beginning, so this added more dimension to his character. He is not a well-written character, but given the aforementioned examples and arguments, I do not see him as overpowered. There are a few "ass-pulls" scattered throughout the narrative involving his character, but otherwise, his power level is acceptable.

Everybody is free to develop and harbor any opinion towards Kirito they wish. These are merely my points, and I am open to rebuttals.

how is THIS GUY so high up for most liked characters? yall wild