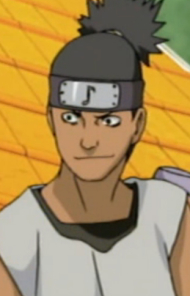 Surprised on how they look like adults but their not their all 14 years old and Kimimaro is only 15 like Team Dosu's members would also be 15 if they were still alive.

Hes like Spider Man, but in da hood with Orochimaru.

He is kind of a bit too unrealistic.  What is he a humanoid spider?  LOL.  I suppose the excuse could be some sort of manipulation of jutsu to create those extra arms, but still, it's pretty lame.  It doesn't say much for his fighting skill if he needs 6 arms to face one two armed under age child in combat.