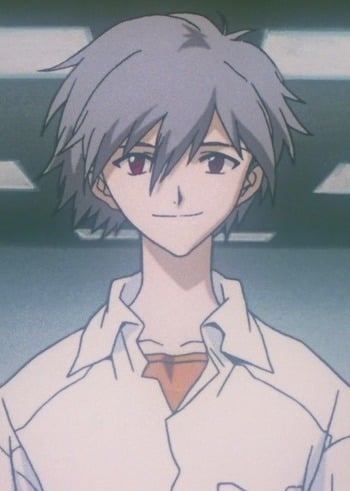 @ kurumi10v3r: He and his thing towards Shinji wasn't supposed to be developed. In the original anime, an Angel was lucky if it lasted two episodes, as most of them were one-off Monsters Of The Week. Kaworu, as the final Angel, was no exception.

Now in everything else we've seen Kaworu appear in, it's a different story. The manga adaptation brings him in earlier and develops him more (albeit giving him and Shinji a much different dynamic), the Rebuild movies give him more of a role with more buld-up, and the various AU games and manga to feature him flesh him out as a character just like the others.

Despite Evangelion having 26 episodes and a movie, the staff wasn't competent enough to develop Nagisa. This character and his relationship with the protagonist is so random and quick I can't bother to care.

i love my dead gay son