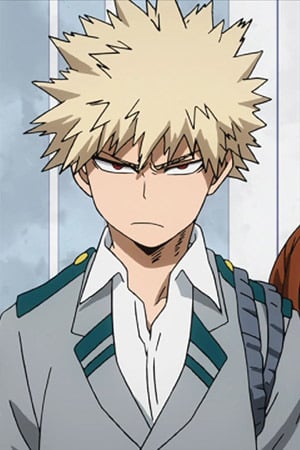 His appearance and behaviour remind me of an asshole that I used to know...

Reminds me of someone I know.

Jerk has no idea what it means to be a hero

Yeah, making up headcanons about his life (lmao "abusive mother") doesn't make your arguments more legitimate at all. "I acknowledge that there's no excuse for his behavior, but I'm making up excuses anyway" is what you're doing, and calling others who don't like him as being closed-minded based on that headcanon is pathetic. This is what a lot of people in general like to do with popular characters like him despite being purposely written as one for people to be perfectly valid to not like, and it's very annoying.