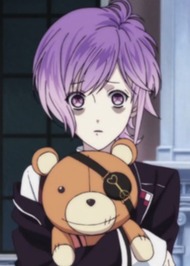 I used to not like him when I first watched DL

, now I simp for all the wrong reasons. I'll be condemned for my fetishes.

Favourite character. I love him.

I have mixed feelings for this character. I'm only a few episodes in the first season, but I don't like it. This character is kinda the only one so far for me who I'm interested in seeing more of, but after reviewing bad comments about him, I'm not too sure. He's obviously insane, no doubt about it, and I usually like insane characters, but I thought I was going to like the other vampires and so far I absolutely hate them. I don't think they're going to redeem themselves at any point, so I'll probably drop the anime and move on to a different anime if the next episode doesn't appeal to me. I also don't think it's worth watching solely for this one character, especially if he's as bad as some of the comments were saying.

Hands down best character in the game