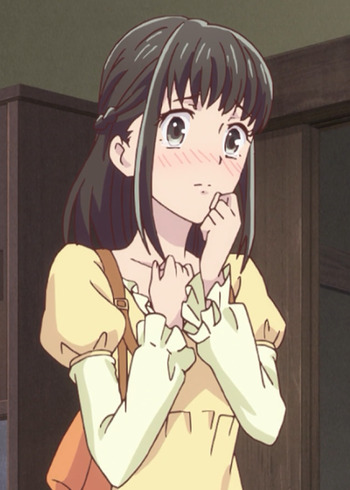 The most annoying character I have seen in years. She isn't funny, she's nothing but an immature, whiny brat.

The only reason I tolerate her is because Kyo obviously ignores her, i'd be annoyed if Kyo actually started liking her.

do cats and boars get along

Didn't like her at first since was nothing but a Kyo-fangirl in my eyes.

However, the manga convinced me that her feelings for Kyo were actually genuine and that Kagura wasn't as immature as I thought she was when I was watching the anime.

Looks like I did the right thing to read the manga as well.