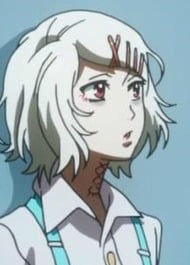 He deserved a good anime.

He deserves all the love.

He unnerved me at first but after learning his past, I've come to appreciate him in all his stages of his development in the manga. It's impossible to endure what he did at such an early age (during his formative years) and walk away unscathed. And then to be 'rescued' only to practically be scorned by the people who pulled you out of your personal hell because they don't want to deal with your trauma and instead they compare you to your torturers? No wonder he's such a wreck. I'm so thankful he had Shinohara.

I absolutely adore him during all parts of the manga.

I dislike him in the first season but I like him in with his black hair parts, he character development has changed