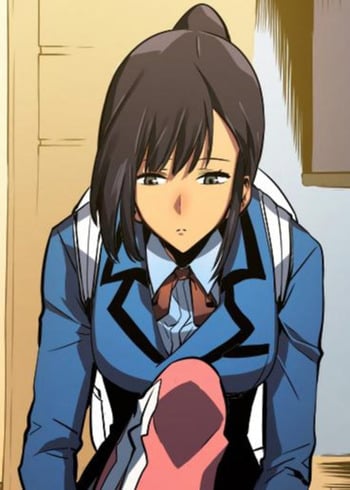 I love her.....also ppl saying she should get stronger and shit...first off shes in highschool...and second off not sure y know but not everyone has powers some ppl r just notmal it said tht in the beginning...the mc had powers but his were super low before he was granted powers by the system...also spoiler she is about to get a huge trauma...monsters invade her school and they to kill her after jinwoo finds out he gets super pissed....anyway yeah she has a trauma i read the webnovel....i love her and jinwoo

She really should have died, this story doesn't kill off characters and she provides nothing

She should help her bro and become stronger like him too, they'd make a great team !