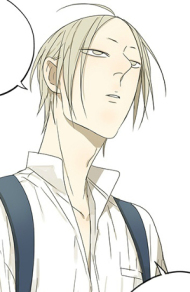 I want to say something about the gay tag. I would say he isn't because he does say he doesn't like men, even though he does have feelings for Zheng Xi. I feel like just leaving him with the LGBTQ+ tag is best since there isn't much specific detail about his sexuality. I think he's most likely demisexual, but feel free to disagree with me.